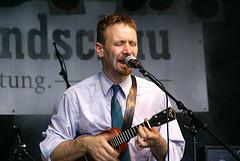 The classification of the noise how much its propagation is established by STELLMAN and DAUM (1975), of the following form: Stationary continuous: noise with worthless vibrations in the respective levels during period of comment. Floating continuous: noise whose level varies continuously of an appreciable value during the period of comment. Noise of impulsive impact or: noise that if presents in energy peaks acoustics of inferior duration to as. Still according to STELLMAN and DAUM (1975), the auditory loss can be classified in two types, the MTL and the MPLPR. Loss MTL means Change Temporary Threshold, called of this form when the ear has capacity of if recouping of the loss the one that was submitted after determined rest time.

As the type, MPLPR, Permanent Change of Threshold Provoked for Noise, occur when the individual is submitted by a drawn out time the high levels of noise that provide an auditory loss to it in the hearing. In the Civil Construction, the great variation of the daily and/or weekly average levels occurs, exactly considering these periods of evaluation, because it does not have similar a daily sequence of tasks to the ones of other types of industry. Each professional executes a great number of tasks that can last hours or weeks and present different sound levels depending on the conditions or the phase of the workmanship (MAYAN, 2001). PERTINENT LEGISLATION the values contained in norms IEC (International Electrotecnical Commission), NEMA (National Electrical Manufacturers Association) and ABNT are adopted as reference of noise levels (Brazilian Association of Norms Techniques). The ABNT determines the limits of levels of noise for norm NBR 7565, which is referenciada by the norm of specification of electric machines NBR 7094, being the method of assay adopted for the WEG determined for norm NBR 7566. The IEC determines the limits of levels of noise for norm IEC34-9, being the methods of assay for machines and equipment in general determined by norms ISO374, ISO3745 and ISO3746, and specifically for girantes electric machines for norms ISO1680/1 and ISO1680/2.